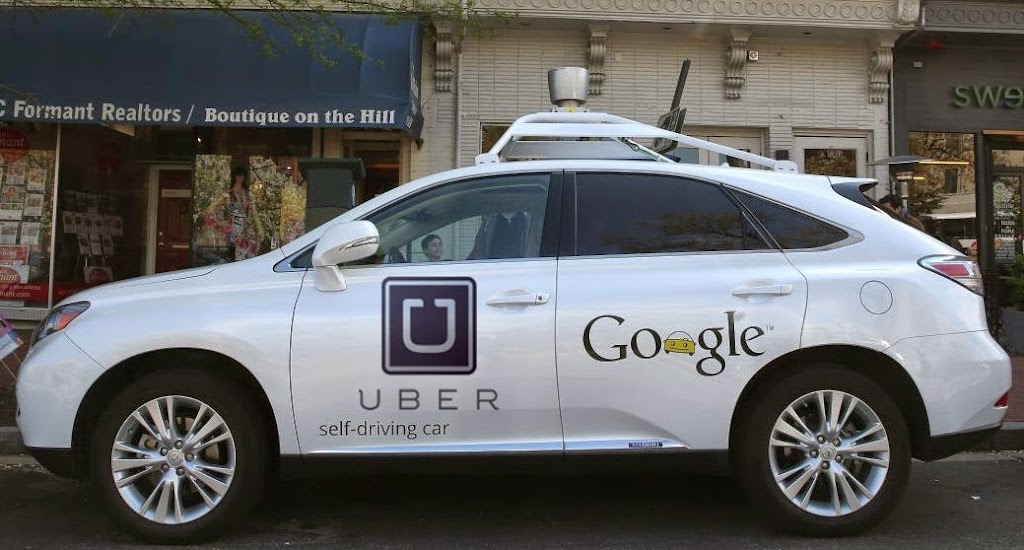 While the tech world is going ga-ga over the news about +Google Self-Driving Car Project's recent announcement of their self-driving vehicle prototype (http://googleblog.blogspot.com/2014/05/just-press-go-designing-self-driving.html), I think it's exciting, but just 1 piece of the puzzle.

For some time I've contemplated how driver-less cars would change the world and I think most people seem to have a short-sighted view of the impact it will have. Sure, not having to watch the road on your daily commute means you can spend time with your kids or catch up on the book/news/movies you've been meaning to get to, but I think it's much bigger than that.

How about the fact you can have your driver-less car drop you off at work and then return home and park itself in the garage. This means your significant other can use the car to run errands during the day while you're at work, rather than having a 2nd car to do that stuff while your car is sitting in a carpark all day doing nothing and costing you (sometimes exorbitant) parking fees.
What about when you've gone out for a night with the boys and had a few too many beers to be able to drive home. Don't leave your car in some dark alley, take a taxi home, take a taxi back in the morning to pick your car up. Take a taxi home and just get your car to drive itself home (or go home in it, assuming that being intoxicated in a self-driving vehicle isn't illegal).
Taking it 1 step further, why have your own car when you could share a car with friends/family/neighbours and simply summon the car when you need it. No longer would a car sit idle in the garage or parking lot for the majority of its life, instead it would be utilised much more efficiently by multiple people using it and sharing the cost. Being a fully electric car (aka Tesla Model S) makes it even more practical as there are no petrol costs and the car could simply return to the garage and charge up again when it's not in use. (Currently users need to manually plug in the car to charge it, but I'd be surprised if that doesn't change by the time self-driving cars are readily available.
All of a sudden being a 1-car-family (or less) seems a lot more practical.

And then enters +Uber (http://blog.uber.com/driverlesscarfuture). A company I've long been interested in and thankfully they just recently arrived in Perth, much to my excitement. #Uber  (which happens to have Google as one of its main investors – how's that for synergy) paints itself as "Everyone's Private Driver" – a service that allows you to press a button in an app and have a very short wait until a driver comes and picks you up to take you wherever you want to go. A personal chauffeur service if you like, with greater convenience (and more efficiencies for both users and drivers) than a taxi service, Uber is the perfect candidate for self-driving vehicles, and I've got no doubt that Uber will be involved early-on with Google's efforts in this space, while their competitors (like Lyft and Sidecar) are left on the sidelines or looking to form relationships with other self-driving offerings so they can remain competitive and take advantage of the benefits of self-driving vehicles.

I was speaking with +Arj Selvam at a +Spacecubed function last week about the idea of self-driving vehicles being a perfect fit for Uber, and as expected, the discussion included the "it's a long way off" point, but with today's announcement from +Google, I can't help but think it might not be as far away as we thought just 1 week ago.

I for one can't wait to see what happens in this space and welcome the day when self-driving cars will reduce the number of cars and fatalities on the road and make better use of cars, rather than having them sit idle for most of the day.