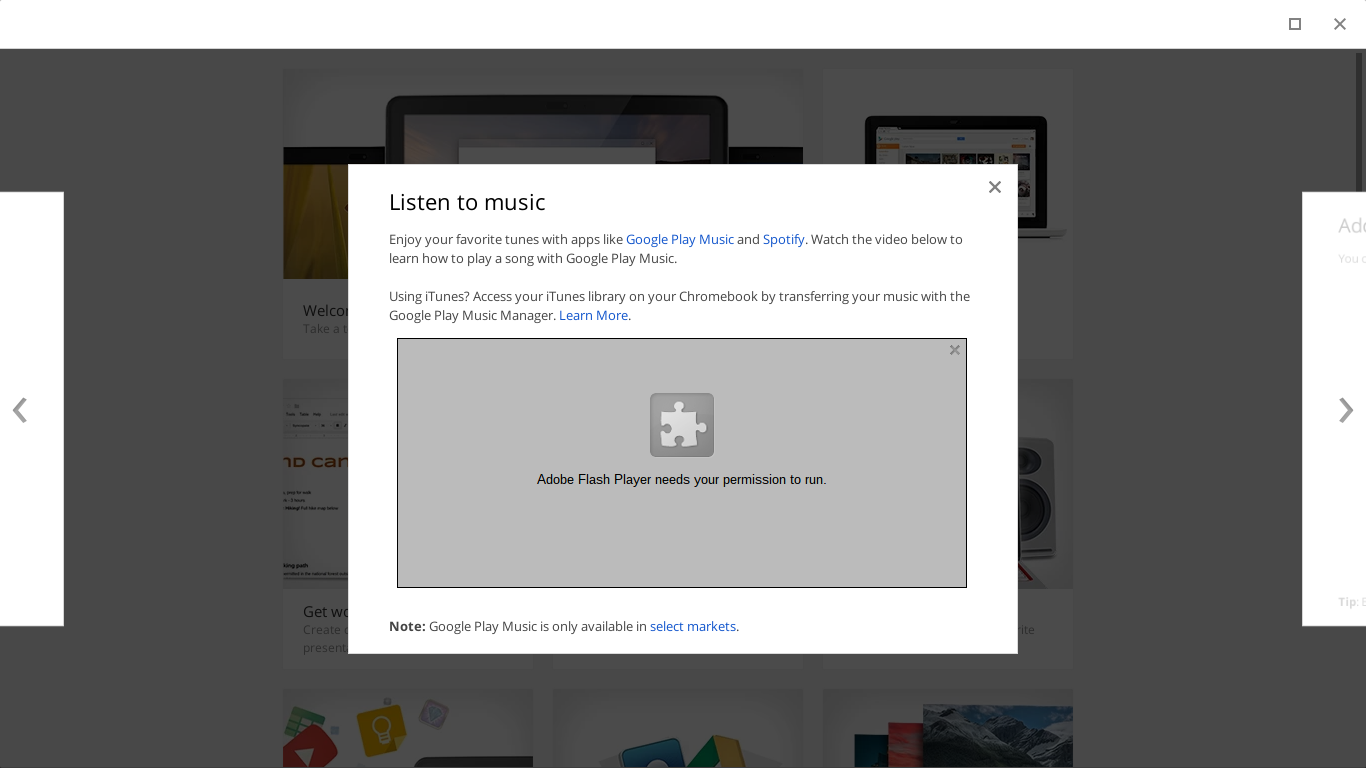 After getting it all setup (which obviously doesn't take long, given it's just a matter of logging in and waiting for the latest update to install), I've been playing around for a little while and have encountered a couple of issues:
1. Viewing the 'Get Started' app and many of the screens are displaying the 'Flash needs your permission to use" message. I've checked out chrome://plugins/ and have set 'Always allowed' but the issue still occurs.
2. The Files app doesn't display any of my Google Drive files when I select Google Drive. Downloaded files are displayed all ok, but when I select Google Drive, it just still displays the content of the downloaded files. Visiting drive.google.com displays them all ok but for some reason they're not displaying in the files app.

Anyone have any suggestions regarding either of these issues?

UPDATE: After changing back to the stable channel, the flash error messages no longer occur, however now the Files app doesn't even display Google Drive as an option, it only displays 'Downloads'. WHAT'S GOING ON?!?!?!﻿