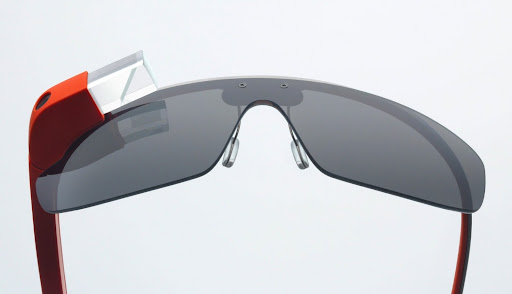 So everyone is excited about signing up for the chance to sign up and get their hands on some Project Glass goodness for $1500, and if I was in the US, you can bet I'd sign up as well, but aside from getting some Project Glass before everyone else, I thought it was important to consider just what Project Glass COULD mean for the future of technology.

Last night while sitting on the couch watching tv and talking with my wife, I mentioned to her that I thought Project Glass would be the most significant tech advancement this decade, to which she responded, "that's a big call". I added that electric cars like the Tesla S would also be significant, and went on to explain why I thought Project Glass would make such an impact. (I don't talk to her in bullet points, but have used them here for ease of reading)

1. Interruption: Whenever a new message comes through or a notification is received for any number of apps, the current process is to stop doing what you're doing, even if that interrupts a conversation you are having, and pull your phone out of your pocket/bag and read the notification. With Project Glass, there doesn't need to be any interruption at all, other than the person's attention switching momentarily to the Project Glass display. If the message is important or needs to be addressed, the user could excuse themselves briefly to allow them to respond, and if it's not important they can simply continue the conversation.

2. Barrier: With 2 young kids (aged 4 and 5.5) I find myself trying to capture all the most important events, like Christmas concerts and school assemblies, on my phone or DSLR or video camera. While I can get the content of these devices onto my computer with varying levels of difficulty, I find myself missing the real feel of the event because I'm viewing it from behind a screen/lens.
I think this is one of the major drawbacks of camera phones becoming increasingly powerful – people lose the real feeling of the experience because they are viewing it from behind a device and that barrier between them and the experience makes a big difference. Google Glass removes this barrier and allows the user to once again focus on (and enjoy) what they're there to do, which isn't take photos and videos.

3. Context: +Robert Scoble is big on context and as he swaps over to Android and gets his hands on some Project Glass goodness, he and everyone else lucky enough to try out Project Glass will find out just how powerful contextual information can be.
In essence, context is all about being presented with useful information based on the time or place you are in. For example, if you're due at a meeting at 10am and there's a traffic jam on the route that you would take to get there, you'd be notified when you need to leave home/office to get there on time, taking into account the traffic jam. Or you've arrived at the airport late and need to rush to get to your flight, so the gate number is displayed along with turn-by-turn directions that show you how to get to your gate.
I think you'll agree, these would/will both be hugely useful, and this is just the tip of the iceberg. Currently these are both possible by using Google Now on your phone, but Project Glass will remove the need to take your phone out of your pocket and follow the instructions there (while also trying to carry your luggage through an airport at high speeds) and simply presents the information to you in an unobtrusive way that makes your life that little bit easier.

Project Glass will reduce our reliance on our phones, remove the barrier and interruption that we've become so accepting of, and allow us to go back to engaging more directly with people and experiences, just like we did before mobile phones came and ruined our lives – remember that?